Rewind back to the early 80s in small town Iowa. It is the golden age of arcade games, the era that brought us some of the big-hit classics, like Donkey Kong and Pac-Man. Teens everywhere are obsessed with video games and conquering them, especially Tim McVey (not to get confused with the terrorist, the documentary explains). In 1982, the game Nibbler made its debut.

This joystick inspired game essentially involves an ever-lengthening snake that courses around obstacles, gobbling energy packets while trying not to bite its own tail. If you’ve ever owned a Nokia, chances are that you’ve played the snake game that is similar to Nibbler. It turns out that going around a maze collecting dots that in turn make you grow in size can be addictive.

Tim McVey seemed to do the impossible when he was only 16 years old, receiving the title of history’s first billion-point game winner in an intense 36-hour marathon gaming battle! The small town Iowa teen quickly turned into an arcade celebrity, drawing attention from all over the world. Under the careful watch of the arcade owner, Walter Day, Tim beat the game and afterward, slept for two days straight.

It seemed as if Nibbler was a closed book. McVey settled into a comfortable life, marrying and holding a steady blue-collar job and was content to let things on the arcade side of life go. That is, until he got word of an Italian man, Enrico Zanetti, who claimed to have beaten his score in 1984.

The documentary enters a new quest when McVey’s competitive love for Nibbler is reawakened, and with the loving support from his wife, Tina McVey, he begins his journey again. But McVey is not the only one with Nibbler fever, Dwayne Richard also has his eye on the prize, and so the competition begins again.

Throughout the movie, we experience the trials and tribulations of someone wanting to reach his goal with multiple attempts over the years. Tina McVey, rearranged her life to stand by her husband as he pursued his dreams and a huge online community watched anxiously at each attempt.

The documentary is an emotional rollercoaster that will have you happy and sad that an old-school gamer like Tim McVey exists – someone who never gave up on his compelling love for Nibbler. Man vs. Snake also effectively explains the tech aspects of classic games (at one point there is an investigation of the processor and motherboard used by one of the competitors) and the drive these gamers have. It teaches us that we all need something in our life that provides meaning and pushes us to do better.

These gamers deserve true applause for their dedication. After watching this documentary, it will leave you feeling a new sense of appreciation for the love of gaming and nerd culture. 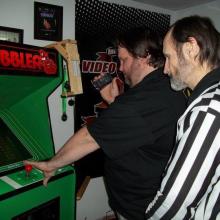 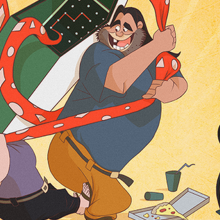