With the rise of virtual reality, in particular mobile VR, 360 degree, immersive photography has really taken off. It’s not a new technology – realtors have been using it for years to create virtual tours, and Google Street View has been giving us a ground-level view for over 10 years – the combination of new viewing methods and action camera style 360 cameras has pushed 360 photography into the mainstream. Just do a search on Amazon for 360 cameras and you’ll get all kinds of little handheld cameras or search Facebook or YouTube for 360 video and you’ll get all kinds of interactive, immersive video.

But it’s still not quite mainstream and the techniques and technology are a little confusing. So I thought I’d put together a quick introduction to help you take a deep dive into producing your own 360 photos and video.

I recorded my footage with the Samsung Gear 360 camera, which is a small, action camera sized camera that’s equipped with two fisheye lenses. The quality is pretty good, just take a look around at our office fish tank via the YouTube video below.

So let now let’s dig into the making and sharing 360 footage!

Traditionally the way 360 photos were taken was with a series of cameras arrayed in a spherical rig pointing out from the center. If you’ve ever seen a Google Maps car driving around town, that ball on the top is actually a series of cameras. Each camera takes a picture from a slightly different angle.

It’s also possible to use a single camera, pan around and get all of those angles, but it’s obviously time-consuming and no good for action.

After the series of photos are made, they are stitched together with special software. The resulting stitched image is a single, flat image that’s twice as wide as it is high. This final image is perfectly formatted to be wrapped around a sphere that surrounds the viewer and gives them the immersive experience.

Now, even if you don’t have a camera rig, you probably have the technology in your pocket to produce 360 photos. There are a few smartphone apps that created 360 photos. Google has their Photo Sphere for Android and iOS and Samsung has Surround Shot for their phones. The way these apps work, is you stand in one place and rotate around as the camera takes pictures to fill in a virtual sphere that surrounds you. The app then stitches the photos together. I’ve included a picture of the 2016 blizzard produced by Samsung’s Surround Shot app, you’ll see it’s not perfect, and it’s a slow process, but it’s neat and you don’t need to buy anything new to take 360 shots.

Video is captured in the same way, but requires multiple cameras capturing footage simultaneously. All that footage is then stitched together through special software. This is the procedure that professional production company like Discovery use to produce their immersive content. Shooting professional quality 360 video requires a big investment in both time and money.

That said, the big thing that has happened in recent years is the advent of the 360 action style cameras, like the Samsung Gear 360. These are small cameras with two fisheye lenses, one on each side. Each lens basically takes a picture of half a sphere so that when they are stitched together, you get the whole scene. Now, there is a little area in the middle where the lens can’t see, so they’re not perfect. But with prices around $200 and built to be in the center of the action like a GoPro, they’re a great choice for 360 video if you don’t have a few thousand dollars laying around.

If you’re using a professional style rig with multiple cameras, there is special software that will stitch your photos and video together for you. And if you’re using an app to take the footage, then it will handle that for you. For the smaller action cameras like the Gear 360, the companion app can do the stitching directly on the phone, or you can use specialty software.

To give you an idea of what this stitching process is, I included a raw image from the Gear 360 and a stitched image.

This is a tricky part. And that’s highlighted in the fact that I don’t really have a simple way to embed the 360 photos on this page in an immersive way. The fish tank is fairly simple because it’s a YouTube video and YouTube handles all the processing.

If your phone is new enough, you can turn it into a VR screen and you can look at your 360 footage like it’s a window. Move the phone around and you look around the immersive image. You can strap on a VR headset and look around. You can post to Facebook and YouTube and share with your friends, but their experience may vary.

If they have an older phone, they might not get the immersion at all. If they view it on a computer, they might have to click and drag with their mouse, which kind of takes away from the immersion magic. And how many people have VR headsets they can use to experience the immersion?

So, sharing 360 footage isn’t as simple as posting to Snapchat or even handing someone a Polaroid snapshot. It actually takes a little knowledge and technology on the viewer’s end to really experience it properly.

Here’s the thing… 360 footage is just like color TV. At one point everyone had black and white TVs, photos and films and over time color replaced it all. Digging into 360 footage may be a little tricky today because it’s a rapidly evolving technology, but it is the future. Go ahead and start taking that 360 footage now, one day when your grandkids are plugged into the Intergalactic Neural Network, they’ll be able to see what the world was like around you while all their friends are looking at flat photos from an ancient Instagram archive.

Just think about it, do you have some old black and white pictures of your grandparents or great grandparents you wish were in color? Well, your great grandkids will wish your photos were immersive photos, so start making them some. 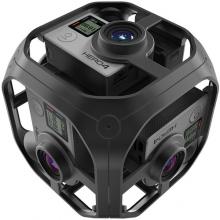 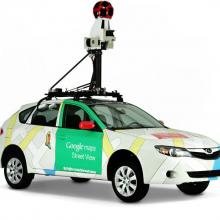 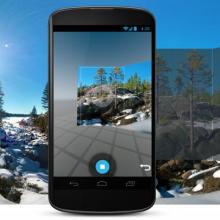 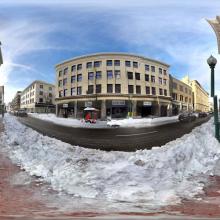 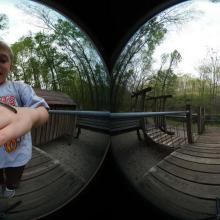 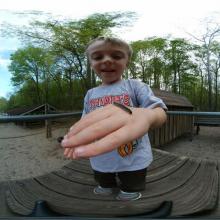