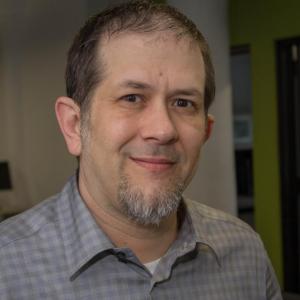 Before coming to Advantage Technology, I was the Director of Global Threat Intelligence for one of the largest private security firms in the world. I assisted in architecting and developing security automation/orchestration platforms, enhanced threat analysis and a real-world simulation testing framework (a framework for structured security testing to validate the effectiveness of security products). In my role with the Global Threat Intelligence team, I led the development of dark web research methodologies and industry specific honeypots for intelligence research.

Before joining Accuvant, I was the Cyber-Security Operations Manager for the State of West Virginia’s Office of Technology. My responsibilities included researching, designing, deploying and operating a statewide intrusion control and monitoring program, in addition to designing and building the state’s first consolidated Cyber Security Operations Center (CSOC). In this position, I also supported the West Virginia Critical Infrastructure Protection Task Force (WVCIPTF), where I provided security guidance and expertise to military leadership, government executives and agency heads. From 2007-2011, I was the chief incident responder for the executive branch of West Virginia, responding to and managing thousands of incidents.

In my free time, I am a musician and a volunteer. I have been involved in the Infosec volunteer community where I co-founded a statewide technology group 304geeks and SecureWV/Hack3rcon, an annual information security conference held here in Charleston. I am also a longtime mentor/anchor for DigiSo, a local business incubator here in Charleston. I have volunteered at Marshall University’s Appalachian Institute of Digital Evidence (AIDE) where I have given several presentations. Additionally, I like to play music. I’ve been playing guitars, mandolins, and basses since I was a kid.